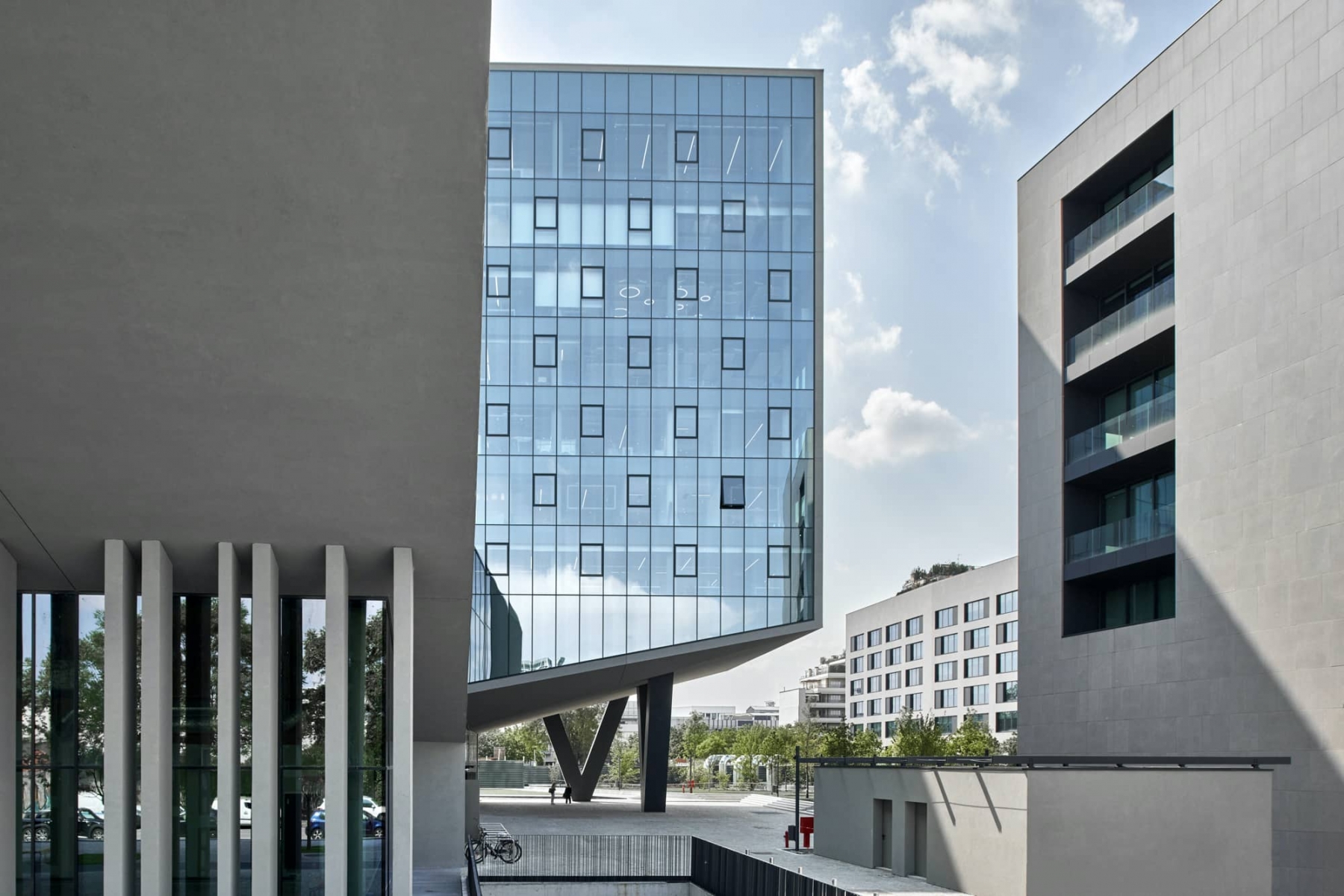 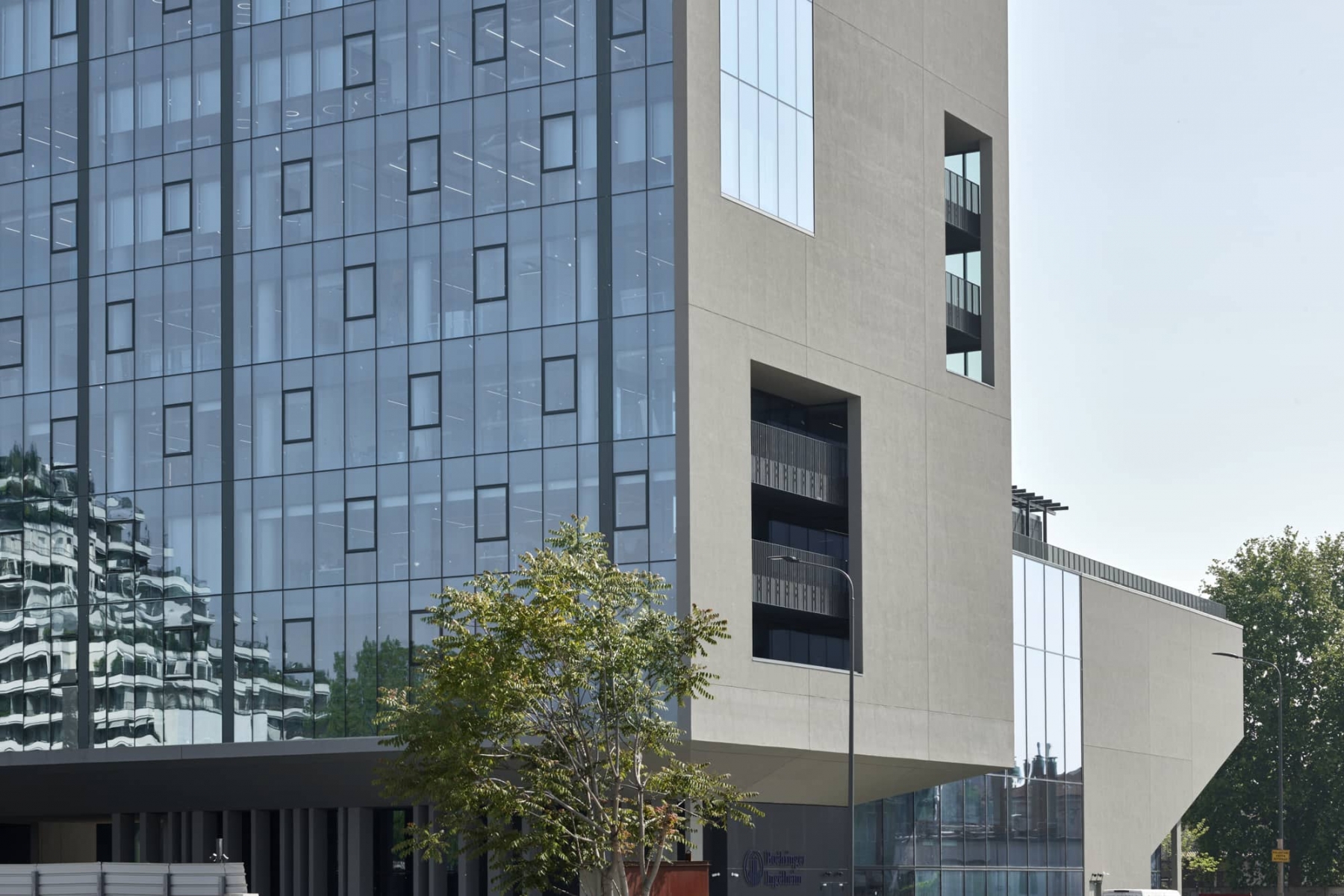 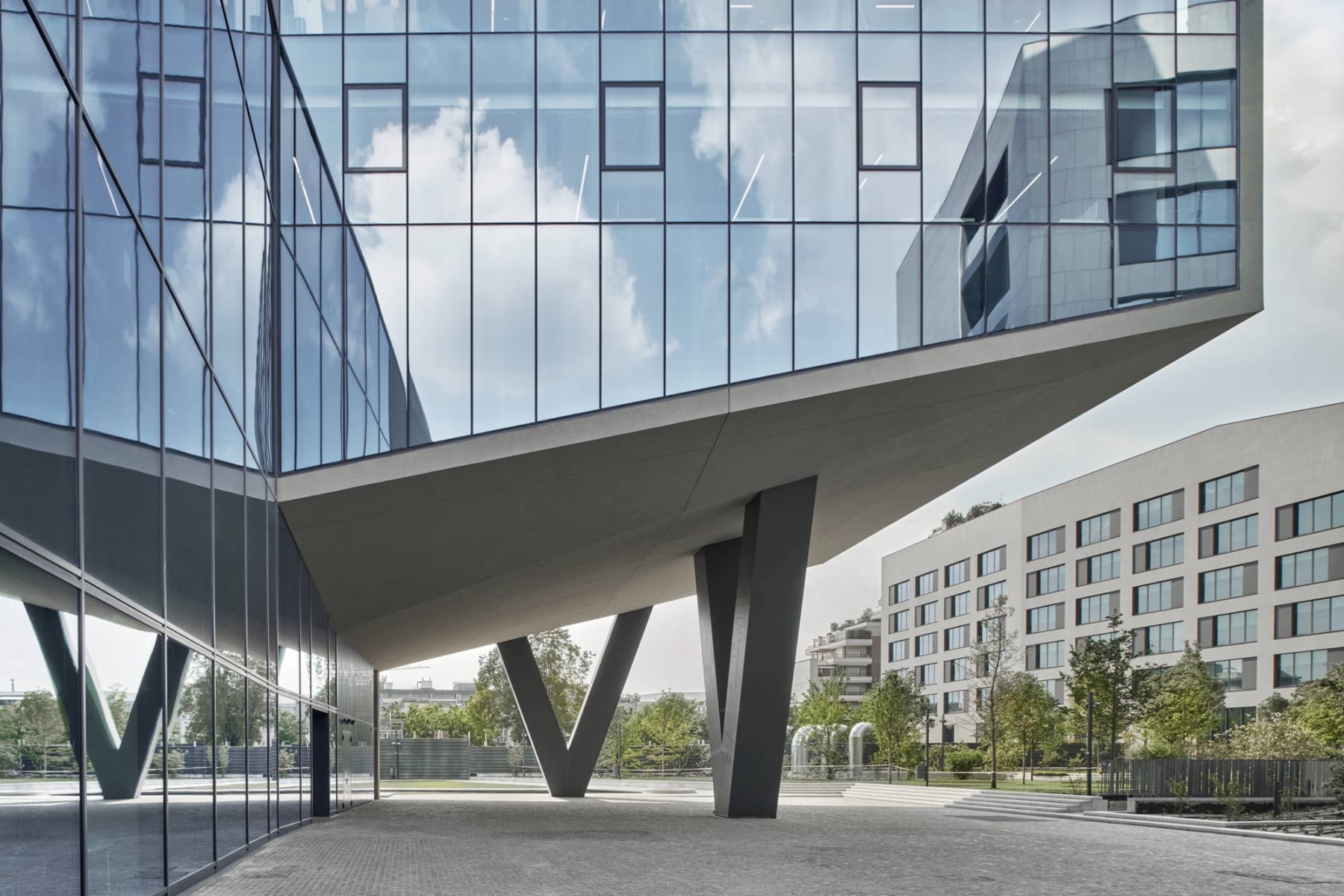 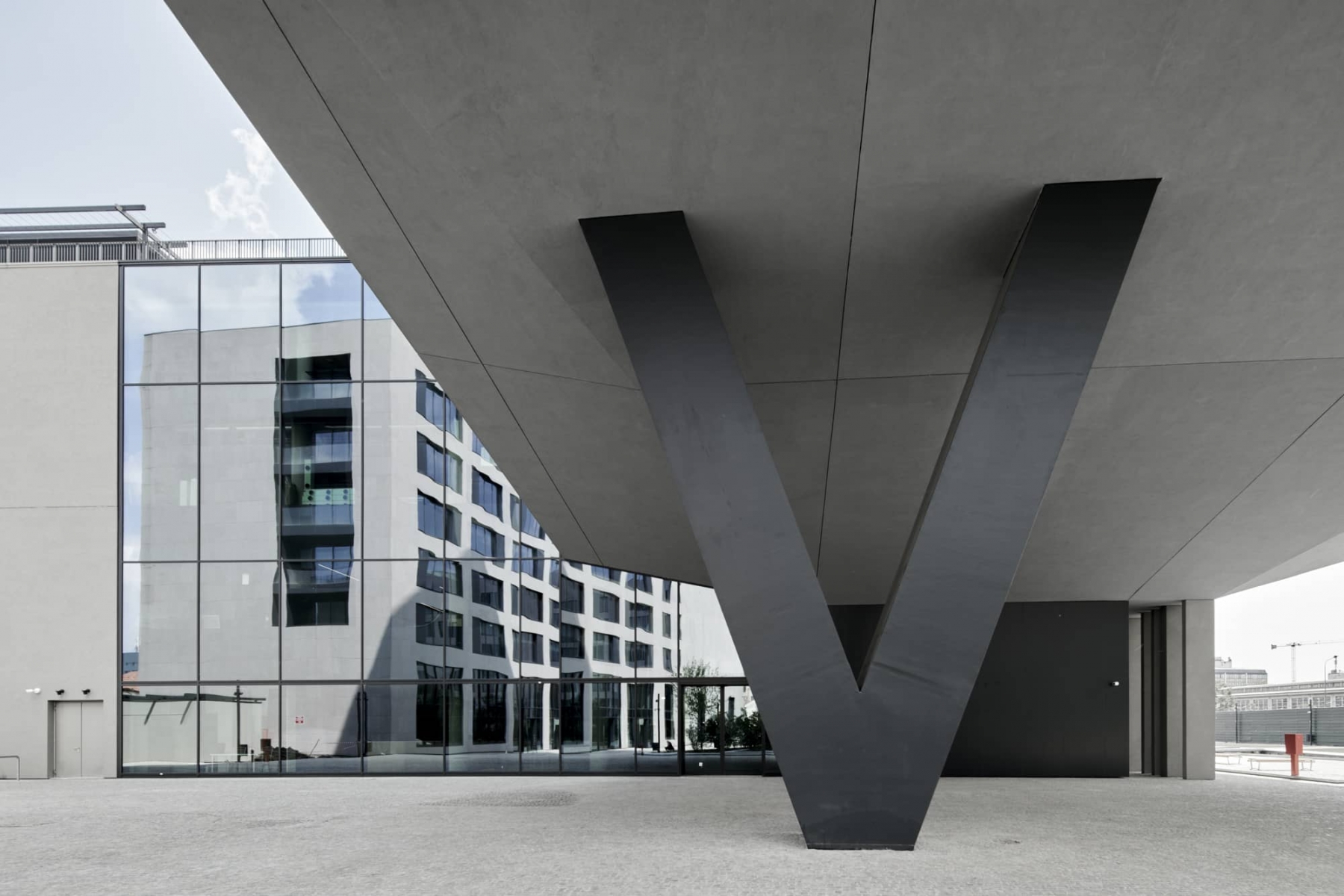 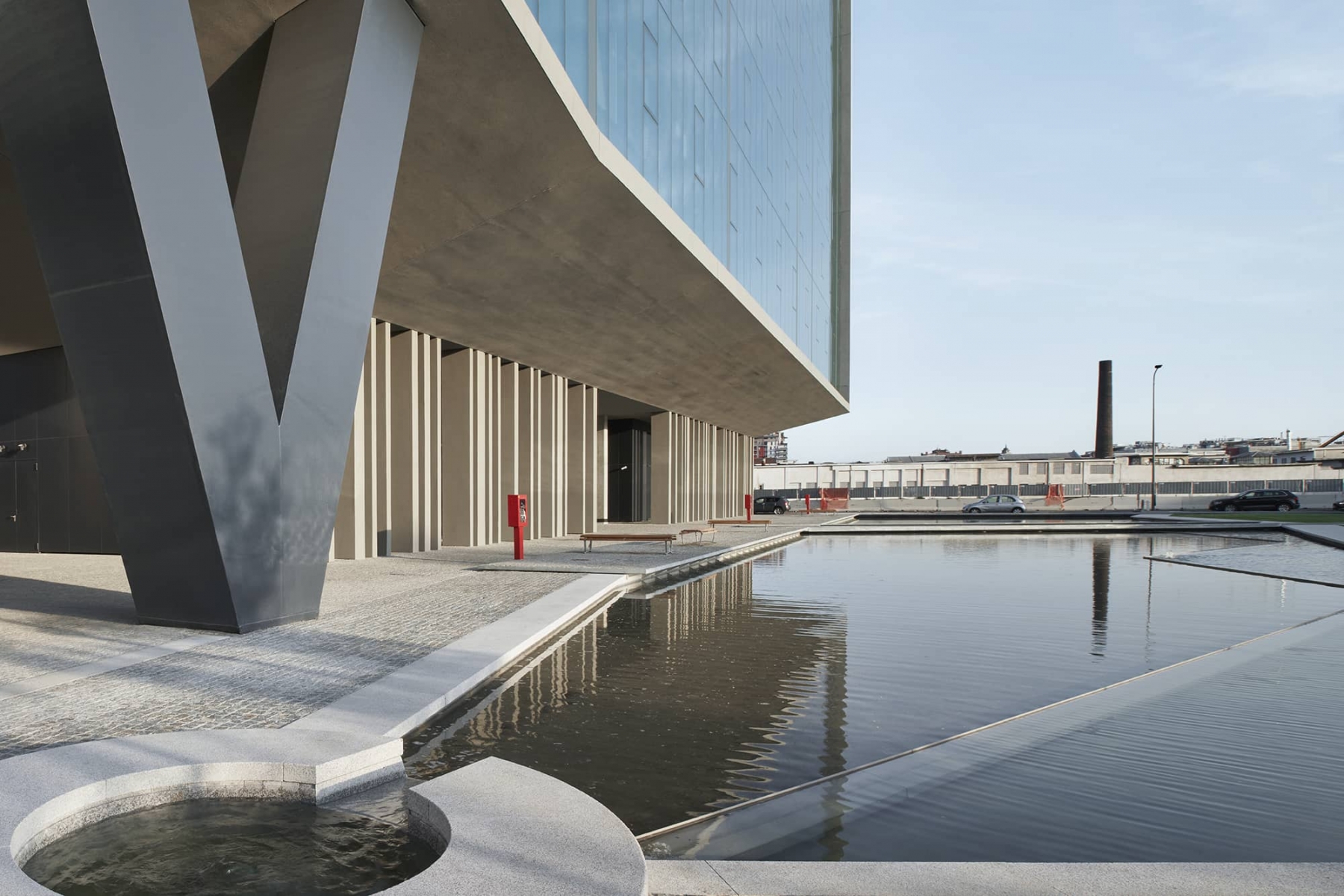 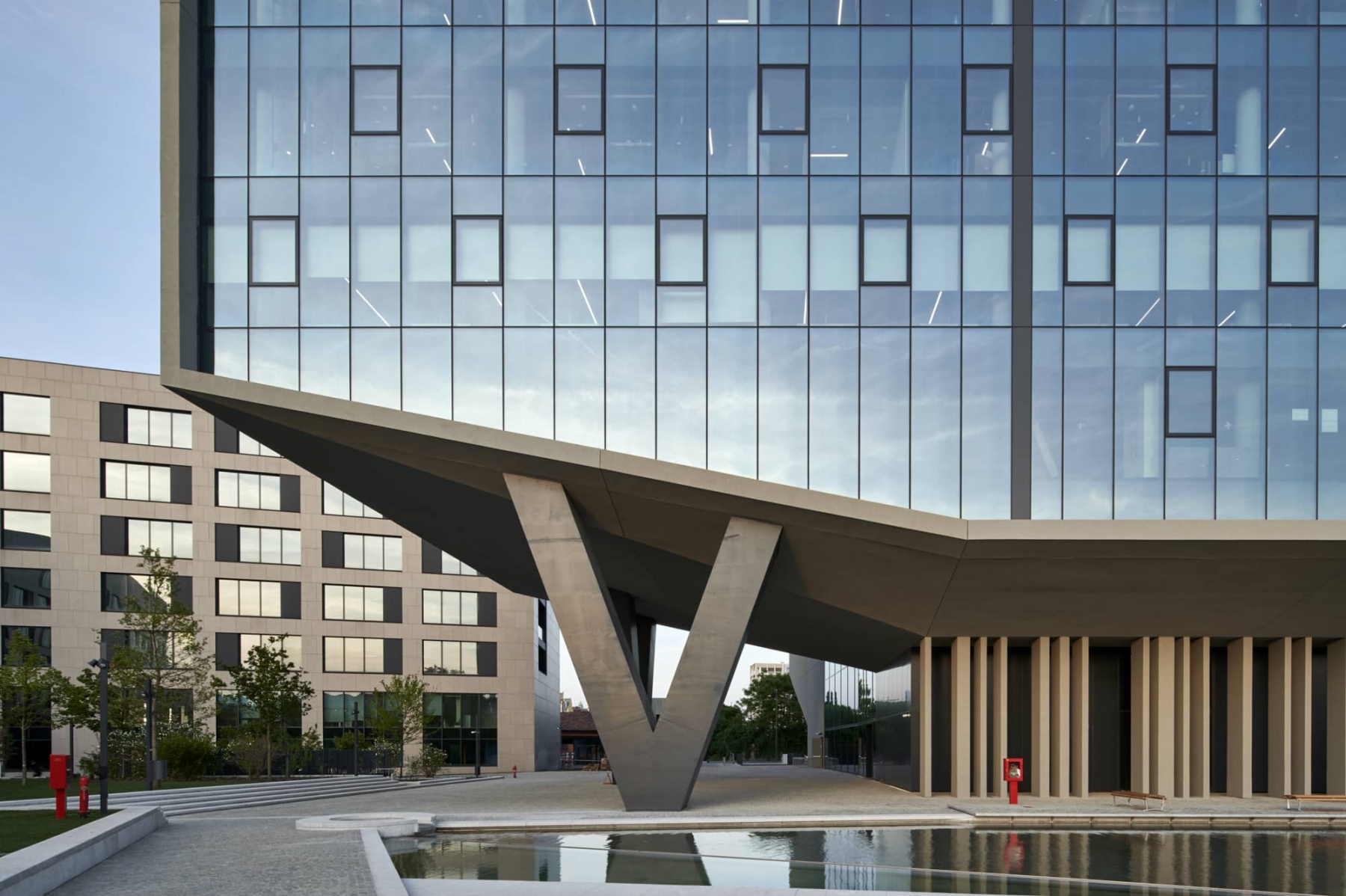 There is a neighborhood in Milan, not far from Porta Romana, where brand new architectures increasingly populate the streets and the eyes of passersby. We are talking about Symbiosis, the masterplan of the real estate company Covivio that also involves the ACPV ARCHITECTS Antonio Citterio Patricia Viel studio, which has signed a building that is hard not to dwell on and that we were asked to photograph: Building D.

Its majestic volumes stand out softly, dialoguing with the surrounding landscapes, reflecting the sky. The large windows, the concrete used for much of the structure and the design filled with geometries provide continuous stimuli for the observer. Located in Olivetti Square, the heart of the neighborhood, this architecture brings back graphic references already present in Fastweb Headquarters, of which some of my shots are here. The “X’s” and “V’s” support the building and open it up to the surrounding space, allowing people to walk underneath the structure, which thus becomes permeable to the flow of people who have the opportunity to populate it in ever-changing ways. 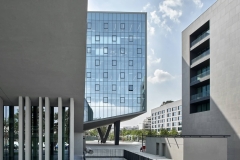 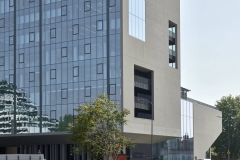 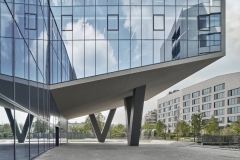 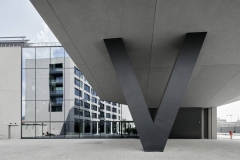 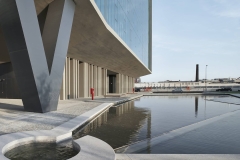 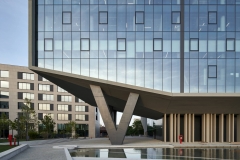